We Buy Houses In Santa Ana, CA and Surrounding Areas

We are a Local Home Buying & Real Estate Solutions Company.

Let Us Make A Fair All-Cash Offer on Your Santa Ana House.

No Fees – No Commissions – No Hassle

“We Buy Houses in Santa Ana CA and all of Southern California!”

Do you have a house in the Santa Ana area that needs to sell fast? Are you facing a problem situation with your property that is causing you to feel stressed out and frustrated? If you answered yes to either of these questions, then you have come to the right place.  We buy houses in Santa Ana CA.

We are a local home buying company here in the Orange County area. We buy houses in Santa Ana Ca in any condition…and we buy in cash.  You no longer have to wait, hoping a buyer will come along.  Once we agree on the price and terms to buy your house, consider it sold, case closed.

When we buy your house, you won’t have to:

Bypass the whole awkward process of endless buyers parading through your home, looking in your closets and drawers. You will only have to show it once to us. And, we will close on your time frame, so you can move when it’s convenient for you.  >>> Compare listing your house with an agent to selling it to us.

You might be asking “what is the best way to sell my house fast?” What immediately comes to mind for most people is the traditional way of hiring a real estate agent because they don’t know any other way.  Selling your home the traditional way through a real estate agent can take months, even up to a year, if it sells all. It takes a lot of effort and significant expense to fix up a house and list it for sale. If you don’t have the time or the money to fix up your house and you are looking for an easier way, we can help. 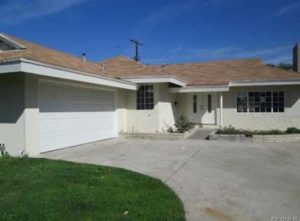 We buy houses in Santa Ana CA, like this home on Marcella Ln. GET A FAIR CASH OFFER WITHIN 24 HOURS!

We are a solutions-based company here in Southern California and we specialize in working with homeowners to help them solve their problem situations.  We assist homeowner who are going through many different types of situations like…avoiding or stopping foreclosure, moving to another city, loss of job, divorce, inherited a property they can’t keep, owe more than the house is worth, house needing costly repairs, fire damage, bad tenants and more.

It doesn’t matter what your situation is,we buy houses in Santa Ana CA fast! We can make you a fair cash offer within 24 hours and close in as soon as 10 days. >>> Check out our very simple 3-step selling process.

“By-pass the whole stressful listing process and simply sell your home to us, hassle free!”

We Buy Houses in Santa Ana CA for Cash. Avoid the hassle of realtors, repairs, and months of uncertainty

There are basically three ways to sell your house. You can either 1) List your house with an agent, 2) Sell your house yourself or, 3) Sell your house to a cash buyer like Solution Home Buyers. Which method is best for you really depends on a combination of how much Time, Money and Effort you have to spend. Let’s take a closer look at these.

Selling Your House Using an Agent

Time: Some people have all the time in the world to sell and others must sell their home fast. If you need a fast sale, then listing with an agent or selling the house yourself is probably not for you. This option takes the most amount of time. Sometimes your house can sit on the market for months, even up to a year if it sells at all.

Money: Many homeowners think by using an agent, that they will make the most money but that isn’t always true. When you add up all the costs like 6% agent commissions, 2% escrow fees, holding expenses while house sits on the market and repairs that the buyer will demand after inspection, you might end up with less than selling to an all cash buyer.

Effort: Selling a house takes a lot of effort and there are many steps involved.  You must prepare and clean the house, making necessary repairs, find a trustworthy agent, show the house to endless buyers, go through the ups and downs of escrow…hoping that your buyer gets loan approval and doesn’t back out at the last minute.

Selling Your House to a Cash Buyer

Time: If you need a fast, hassle-free sale, then selling to a cash buyer like us is the quickest way to sell your house. We can make you an offer in 24 hours and have a check in your hand in as little as 10 days.

Money
You won’t pay any closing costs, fees or commissions.  Even though a cash buyer can’t offer a retail price, when you add up all the costs when selling to a retail buyer, many times you might end up with more money in your pocket.

Effort
Selling your house to a cash buyer requires the least amount of effort.  A cash buyer will buy your house As-Is.  You won’t need to clean or fix anything and only have to show it once.

We’ll know very quickly if we can help you. When you contact us and submit the short property information form (below), we’ll give you a fair all-cash offer on your house within 24 hours… and the best part is: we can close whenever YOU choose to close.  And if you need the cash quickly, we can close in as little as 10 days because we buy houses with cash and don’t have to rely on traditional bank financing. (Click here to see how our process works →)

Because we buy houses in Santa Ana CA, we’ll know within 24 hours what options are available to you

It doesn’t matter what condition your house is in – your situation – or your time frame…Our goal is to make your life easier and help you get out from under that property that’s stressing you out… while still paying a fast, fair, and honest AS-IS price for your Santa Ana home.

“Sell your home to Solution Home Buyers and skip the hassle of repairs, showings and months of uncertainty.”

Tell us about your home and we’ll get you our top purchase price within 24-hours.
Please Submit Your Property Info Below

We help property owners just like you, in all kinds of situations. From divorce, foreclosure, death of a family member, burdensome rental property, and all kinds of other situations. We buy houses in Santa Ana CA and throughout the Orange County area. Sometimes, those who own property simply have lives that are too busy to take the time to do all of things that typically need to be done to prepare a house to sell on the market… if that describes you, just let us know about the property you’d like to be rid of so you can sell your house fast in Santa Ana CA.

If you prefer to talk to someone in our office before submitting your property information, just give us a call today at (818) 392-4845.

Santa Ana is located in Southern California, adjacent to the Santa Ana River, about 10 miles (16 km) away from the California coast. Founded in 1869, the city is part of the Greater Los Angeles Area, the second largest metropolitan area in the United States with almost 18 million residents in 2010. Santa Ana is a very densely populated city, ranking fourth nationally in that regard among cities of over 300,000 residents (trailing only New York City, San Francisco, and Boston). In 2011 Forbes ranked Santa Ana the fourth-safest city of over 250,000 residents in the United States.

Santa Ana was the home of the original Glenn L. Martin aviation company, founded in 1912 before merging with the Wright Company in 1916. Later, Glenn Luther Martin created a second company of the same name in Cleveland, Ohio which eventually merged with the Lockheed Corporation to form the largest defense contractor in the world, Lockheed Martin.

During World War II, the Santa Ana Army Air Base was built as a training center for the United States Army Air Forces. The base was responsible for continued population growth in Santa Ana and the rest of Orange County as many veterans moved to the area to raise families after the end of the war.

In 1958, Fashion Square Mall was built, adjoining the existing Bullock’s Department Store building that was built in 1954. It opened north of downtown and became a major retail center for the area. In 1987, the mall was completely renovated and became MainPlace Mall (now Westfield MainPlace).

Having been a Charter City since November 11, 1952, the citizens of Santa Ana amended the Charter November 1988 to provide for the direct election of the Mayor who until that point had been appointed from the council membership. The current mayor of Santa Ana is Miguel A. Pulido, the first mayor of Latino descent in the city’s history and the first Mayor directly elected by the voters.

Since the 1980s, Santa Ana has been characterized by an effort to revitalize the downtown area which had declined in influence. The Santa Ana Artist’s Village was created around Cal State Fullerton’s Grand Central Art Center to attract artists and young professionals to live-work lofts and new businesses. The process has continued into 2009 with the reopening of the historic Yost Theater. 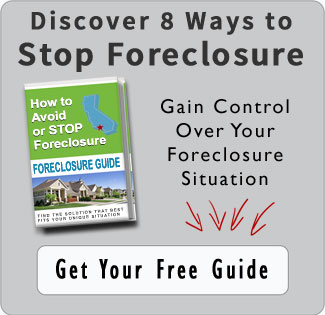 “We had a problem tenant that was our worst nightmare. After many stressful months of legal battles, we were finally able to get her out of the house. Unfortunately, not without a high price. She trashed the place and did thousands of dollars worth of damage. My husband and I were just fed up and wanted to get rid of the property but the thought of cleaning it up and repairing it and going through the listing/selling process was even more of a headache. I called Solution Home Buyers and they offered us a fair price and in 16 days the transaction was complete. They bought it as-is and we didn’t even have to clean anything. Thank you.”